PEOPLE VS. POLLUTION: DISCOVERY
THROUGH VISUALIZATION

This project examines two unrelated data sets and, through visualization, identifies a potential (and potentially false) relationship between the two. Data is represented in 2D, 3D, and in 4D as an interactive form.

During my search for open data sets, I came across North Carolina census data for minority populations and carbon dioxide (CO2) emissions. Using Excel, Illustrator, and D3, I cleaned and reduced the data and then visualized each data set independently to identify common data points and outliers. Combining the reduced datasets led to the final visualization, which draws an unsubstantiated conclusion that minority populations in North Carolina lower CO2 emissions.

People vs. Pollution utilizes size, color, and relationships to visualize the data. Each of the chosen 20 counties is represented individually by color. The counties are dynamically sized relative to one another based on total population, total minority population, and total CO2 emissions per person. In the interactive representation, users can cycle between these values to explore how the counties relate to each other using these values. Smaller circles represent CO2 values by county and are colored to match the source county to visually indicate which counties are the largest producers of CO2. Like the gas, the visual representations of CO2 are not restricted by the boundaries of county lines.

On September 30, 2016, People vs. Pollution was presented at the Duke Friday Forum (minutes 29:36 – 32:36 on the video) to a research-based audience as a demonstration of creative data visualization. This presentation demonstrated the potential of visualization as a means of uncovering new relationships in data. In addition, it facilitated a discussion around how designed data visualizations can serve as a means of engaging non-research audiences in understanding research. 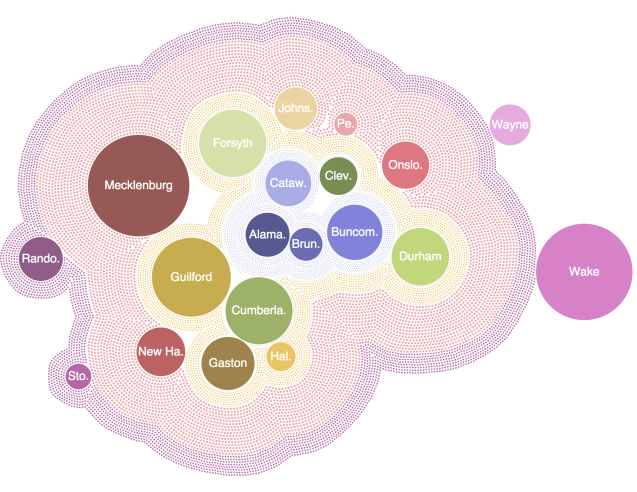 This interactive visualization is available on CodePen. 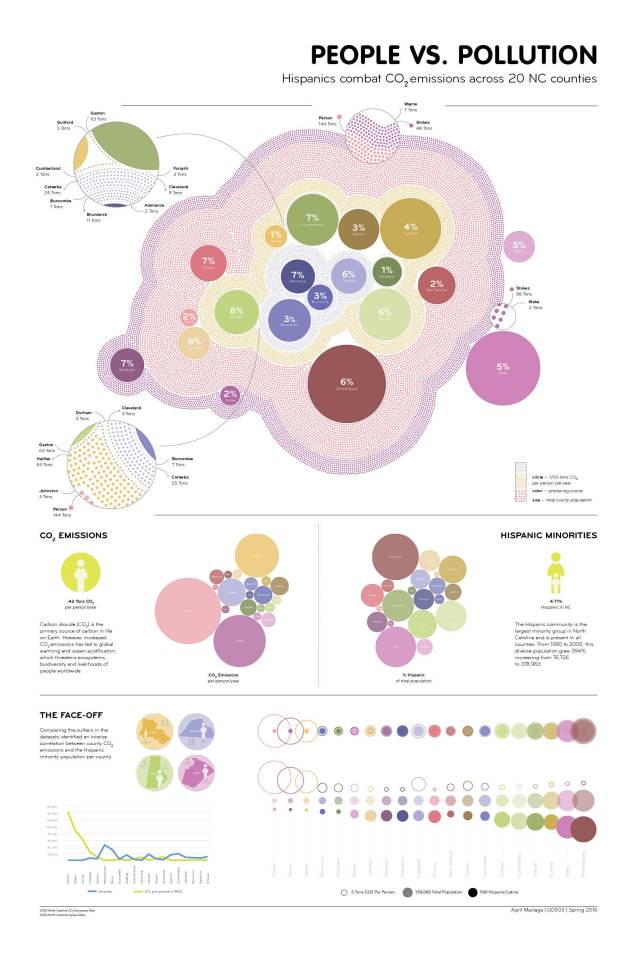